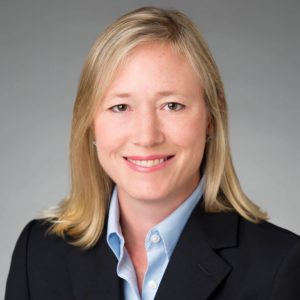 Dana MacGrath on the New Generation of International Arbitrators

We spoke with Dana MacGrath, of counsel to Sidley Austin’s International Arbitration and Commercial Litigation and Disputes practices, about changes in the dispute-resolution landscape and developing a more diverse crop of arbitrators.

Q: What has changed in the world of arbitration since you began your practice?

Since I entered [international arbitration] in the late ‘90s, technology has had a major impact on the way arbitration is handled. It has allowed the procedures to become much more efficient. It allows video conference testimony and people to attend hearings that they otherwise could not attend if they needed to be present in person. It has improved the management of evidence in the arbitral proceedings and allows the tribunal to have easy access to the evidence it needs to write its award.

Arbitration is also increasingly accepted as a dispute resolution mechanism in areas where historically court litigation was preferred. For example, we have seen exciting changes at the intersection of intellectual property disputes and arbitration. IP disputes often involve highly confidential, proprietary information. That material sometimes must be reviewed in an electronic safe room with multiple levels of security, and cannot be printed. Technological advancements now make it possible to access highly confidential material electronically during a confidential arbitration hearing to present to the tribunal during witness examination or at closing arguments. It’s not like your hands are tied and the evidence you need is unavailable because only a small number of people with access to the safe room can see it. You can empower the tribunal to see evidence during the hearing confidentially through the use of technology.

Q: It must be gratifying to have been elected as President of ArbitralWomen. Share with us a bit about the organization.

Yes, it is a tremendous honor to lead ArbitralWomen, a leading non-profit organization that promotes women and diversity in international dispute resolution. It has a broad global membership with about 1,000 members across 40 countries. We organize events around the world. We have mentoring programs for both seasoned and young members of the arbitration community. The organization just celebrated its 25th anniversary with a diversity conference and gala dinner in New York on November 8, 2018. We held an anniversary dinner in Paris on November 22, 2018—25 years to the day from the organization’s inception in 1993. We just launched the ArbitralWomen Diversity Toolkit–a training program aimed at understanding and overcoming biases. It is an exciting time for the organization and I feel fortunate to be a part of its leadership.

Q: Would you say there is particular bias in arbitration—or is it similar to the diversity challenges we see across the larger legal landscape?

Historically in the world of international arbitration, there have been some repeat players in the role of arbitrator. There’s been a longtime perception—not unfounded in some respects—that the arbitration world has been dominated by the “pale, male, stale” arbitrators. There’s now a concerted effort to address this in a variety of ways. One is the relatively recent compilation of statistics on gender and other aspects of those who sit as arbitrators. The initial data, from around 2015, showed that the percentage of women on arbitral tribunals was far lower than 15 percent. The statistics on the makeup of arbitral tribunals was compiled initially by the International Chamber of Commerce and now most arbitral institutions gather such information and make it publicly available.

In recent years, we have seen incremental changes for the better in terms of the diversity of arbitrators. So the discussion now focuses on how these changes are being achieved and what more can be done. In large measure, credit is given to the arbitral institutions themselves, which are making a concerted effort to have women considered and appointed as arbitrators. Where institutions have the ability to appoint an arbitrator—as opposed to when a party appoints the arbitrator directly—we see institutions increasingly appointing women.

This is actually consistent with what we hear from clients who want increased diversity among the counsel team handing their arbitrations. In RFPs, they often indicate that they want a proposal that demonstrates a diverse counsel team because diversity is an important value of the organization. Those same clients need to learn about the diverse arbitrators, as well and why they are as qualified as the smaller pool of less diverse arbitrators who traditionally were appointed repeatedly. Increasingly clients are asking for this information: “You’re telling us there’s all these diverse arbitrators who are just as good. Who are these arbitrators? Tell me more.” So that’s what we’re doing now.

Q: In thinking about your time with Sidley’s arbitration practice, what stands out for you in terms of the firm’s culture?

One thing that I found at Sidley—and I’ve been here about five years—is that no matter what the issue is, there’s someone at Sidley who knows that niche area of law or subject matter. They will make the time to get on the phone with you and walk you through it or help on the matter. That’s one thing I’ve been really struck by. No matter how unfamiliar, and maybe bizarre your question is—you know, the client asks, XYZ—and you reach out to people at Sidley, “Does anyone know about X?” You’ll inevitably get back an email saying, “I know all about X.” It makes you appreciate that you’ve really got a tremendous depth of experience at the firm to count on.

(Excerpted from an interview with Dana MacGrath available on the website of Sidley Austin LLP on https://www.sidley.com/en/ourstory/ourstorieslanding/dana-macgrath)