ArbitralWomen promotes access to equal opportunities for all women

The Equal Representation in Arbitration (ERA) Pledge is a call for the international arbitration community to commit to increase, on an equal opportunity basis, the number of women appointed as arbitrators. We aim to achieve fair representation as soon as practically possible, with the ultimate goal of full parity.

Read the Commentary to the Pledge.

The Pledge also offers a Search for Female Arbitrators feature; click here to go to the Search page.

If you have any further questions please use the Contact us page here.

GQUAL seeks to promote gender parity in international bodies and to remedy the under-representation of women. This global campaign counts the support of a diverse group of women from different parts of the world.

On 17 September 2015, Gender Equality (GQUAL) launched its global campaign for gender parity in international courts, tribunals, and monitoring bodies with a well-attended event at the United Nations in New York. A distinguished panel of ambassadors, academics, and international law practitioners addressed the issue of underrepresentation of women in international adjudicative bodies and discussed why gender parity is an issue, more than ever, ripe for action.

It is undisputed that women are underrepresented in international and regional adjudicatory bodies. According to Vivian Krsticevic, Executive Director for CEJIL, women make up only 17% of the major international courts and tribunals.

Thus, by engaging representatives at both national and international levels, the GQUAL campaign aims to increase awareness and transparency of judicial election and nomination processes in international courts. During the event, Ambassadors to the U.N. from Panama, Argentina, Costa Rica, Sweden, and Norway called for greater participation of women in leadership and governance roles. Ambassador Geir O. Pedersen of Norway emphasized that governments, international bodies, and civil societies must cooperate to achieve gender parity. On a positive note, Swedish Ambassador Olof Skoog noted that Sweden’s new female Prime Minister has already pledged to pursue “feminist” policies during her tenure. Practitioners and academics from the fields of international law, human rights, and humanitarian law shared their reasons for endorsing the GQUAL campaign. Gladys Acosta Vargas, a member of the Committee on the Elimination of All Forms of Discrimination Against Women and a strategic advisor to GQUAL, stated it is time to “break the glass ceiling” that has historically prevented women from achieving positions of power. As enshrined in Article 8 of the Convention on the Elimination of All Forms of Discrimination Against Women, women have the right to represent their own governments. Under that provision, “State Parties shall take all appropriate measures to ensure to women, on equal terms with men and without any discrimination, the opportunity to represent their Governments at the international level and to participate in the work of international organisations.” As Professor Claudia Martin aptly put it, supporting women is not only a moral commitment but also a legal obligation.

A number of speakers at the event argued that promoting gender parity in international adjudicative bodies is, fundamentally, a matter of developing more equitable laws and jurisprudence. They reasoned that greater diversity within international courts would enrich legal reasoning and analysis and ultimately lead to greater justice. Professor Cecilia Bailliet called for the increased participation of women in “hard” areas of law, such as investment, commercial, and trade law.

At the closing of the event, the five ambassadors and speakers joined 680 other signatories in endorsing GQUAL’s Declaration. Individuals are invited to take action and to sign the GQUAL Petition.

Debevoise & Plimpton LLP announced in March 2016 the launch of the Debevoise Women’s Review, a website dedicated to spotlighting topics of interest to professional women, including the achievements, initiatives and advocacy efforts of women and organizations around the world, through Q&A features with leading women in business; thoughtful coverage of conferences and pertinent books and articles; and reflective pieces tying in the personal experiences of Debevoise women./span>

Led by partners Peggy Davenport, Chair of the firm’s Women’s Task Force and Co-Chair of the Corporate Department; and My Chi To, Co-Head of the Women’s Resource Group; as well as Editorial Board Co-Chairs Anne Balla and Erica Weisgerber, the Debevoise Women’s Review has engaged more than 60 women associates, counsel and partners across the firm’s offices, who have brought diverse perspectives to content tailored for women in both law and business.

We hope you will join the conversation. If you have ideas on topics or an interest in contributing, please feel free to contact us at here.

HeForShe: Stand Together for Gender Equality

What we share is more powerful than what divides us. Take action now to create a gender equal world.

HeForShe is a solidarity campaign for gender equality initiated by UN Women. Its goal is to engage men and boys as agents of change for the achievement of gender equality and women’s rights, by encouraging them to take action against inequalities faced by women and girls.

Update on 30th October 2019: important guide on women’s safety, written by women for women and empowering women to protect themselves online: https://www.vpnmentor.com/blog/the-empowering-internet-safety-guide-for-women/ 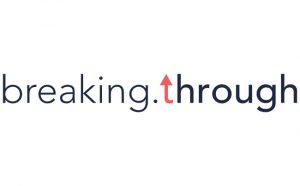 Expansion of ‘breaking.through’ Initiative to Switzerland: Have You Already Found Your Role Model?

breaking.through, an initiative founded and led by ArbitralWomen member Nadja Harraschain, has expanded its scope to Switzerland and launched a new webpage.

Under the slogan “Hast Du Dein Vorbild schon gefunden?” (“Have you already found your role model?”), the breaking.through platform showcases successful women working in a variety of different fields: what they have in common is that each has a legal background. The interviews aim to inspire the next generation of male and female practitioners by shining a spotlight on German, Swiss and international role models.

“Since breaking.through was founded two years ago, we have received tremendous feedback and support from our community, ranging from highly qualified and renowned experts in the legal field who wish to contribute to the success of younger female colleagues to students and legal trainees who just begin to realize that issues of equality are still existent. Today, we are thrilled to expand our sources for inspiration to Switzerland with a webpage of its own. We are extremely thankful for the enormous support we received in many different ways from our community, which has made this growth possible.”

The website is published in German with a number of the interviews available in English.

New interviews will be published on the website and via the breaking.through LinkedIn page. Forthcoming interview subjects include ArbitralWomen members Anya George and Olga Hamama.

In addition to conducting interviews with female role models, breaking.through organises events and provides opportunities for those in need of advice to seek confidential assistance from role models.

Many congratulations to Nadja Harraschain and her team on the expansion of this initiative!

Submitted by Amanda Lee, ArbitralWomen Board Member and Consultant at Seymours, London