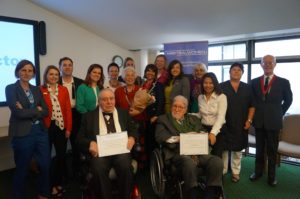 ArbitralWomen acknowledges with gratitude the invaluable contribution of the following male colleagues who support their female colleagues and support the work of ArbitralWomen in its objectives of achieving equality of opportunity and equality of treatment. We, therefore, believe that they should be recognised and rewarded as Champions for Change.*

Award presented in Milan on 29 September 2017

Awards presented in London on 9 September 2014

Award presented in Dubai on 2 November 2011

Awards presented in Paris on 17 November 2010