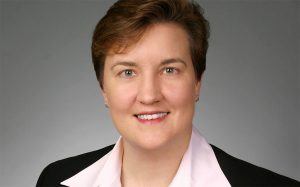 With 54 government members, another 50 governments and the European Union as observers, and representatives of some 70 international organizations—including ArbitralWomen—in attendance at the New York meetings, Working Group III is one of the most high-profile initiatives in recent debates about ISDS reform.

In prior phases, Working Group III focused on identifying concerns about ISDS and reaching consensus on the desirability of pursuing reforms to address them.  Three main categories of concerns are in play:

The current, third phase is focused on developing ISDS reform proposals. After a session on third-party funding to complete the discussion of ISDS concerns from prior meetings, the New York meeting debated options for framing the work plan going forward. Proposals to prioritize potential reforms with the highest level of consensus (supported by the United States), or to split into workstreams focused on incremental and systemic reforms (supported by the EU), were discussed at length.

Ultimately, the Working Group agreed to focus simultaneously on multiple potential reform solutions. Structural reform will be one of those solutions, and proposals for the other solutions to be developed are being solicited (due 15 July 2019) for discussion at the next meeting, which is tentatively set for 14-18 October 2019 in Vienna, Austria.

Working Group III’s formal report on the session is available at: https://undocs.org/en/A/CN.9/970