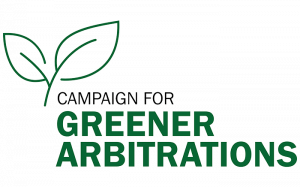 The Campaign for Greener Arbitrations has newly constituted its Global Steering Committee and Sub-Committees for the 2022-2023 Term, spotlighting several ArbitralWomen members. The Campaign for Greener Arbitration is an initiative to reduce the environmental impact of international arbitrations by promoting awareness of the arbitration community’s carbon footprint and producing best practice guides and concise action for better environmental behaviors. The Global Steering Committee is led by ArbitralWomen member Lucy Greenwood, who founded the Campaign in 2019 as a “Green Pledge” which now has hundreds of signatories She has now taken on the role of President.

ArbitralWomen Board Member Cherine Foty and ArbitralWomen Member Christine Falcicchio have been appointed as Vice Presidents of the Global Steering Committee and serve under the direction of the President. Both Christine and Cherine were integral members of the working group which launched the Campaign’s Green Protocols on Earth Day in April earlier this year. The launch was covered in an article co-authored by Lucy, Christine, and Cherine on the Kluwer Arbitration Blog. Other board members of the Global Steering Committee include ArbitralWomen members Stephanie Collins (Law Firm Co-Liaison), Rebecca James (Research & Policy Co-Director), Maguelonne de Brugiere (Green Protocols Director), and Nicola Gare(Website and Social Media Co-Director).