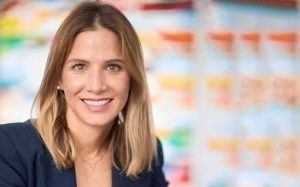 Sarah Nadeau Seguin Appointed to the Partnership of Teynier Pic

Sara Nadeau Seguin has been appointed to the partnership of Teynier Pic, with effect from 1 July 2021. She joined Teynier Pic in Paris as Counsel in 2019 after working at leading arbitration firms in Montreal, London, and Paris. Sara has acted as counsel in numerous arbitrations conducted under the main arbitral rules as well as in ad hoc arbitrations in a variety of industries, including the energy, mining, pharmaceuticals, telecommunications, and construction industries. Sara also sits as arbitrator. She is admitted to practice in Paris, England and Wales, and Quebec. Sara has been recognized as a Who’s Who Legal Future Leader. She is on the Editorial Board of the ICC Bulletin and sits on the Young Practitioners Subcommittee of the Equal Representation in Arbitration Pledge.