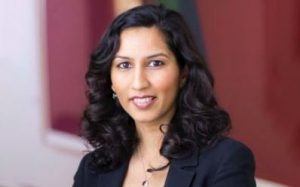 Saadia Bhatty, a member of the ArbitralWomen Marketing Committee, has been appointed to the international advisory board of the Center for International Investment and Commercial Arbitration (CIICA) Young Arbitration Group, the advisory board of the European Federation for Investment Law and Arbitration (EFILA), and the Board of Governors of the Pakistan Centre for Law and Society. Saadia is counsel in the international dispute resolution team at Gide Loyrette Nouel’s London Office where she advises and represents states and private entities in international commercial and investment arbitrations (both institutional and ad hoc). Saadia is admitted to the Bars of Paris and New York, both cities where she practiced for a few years before moving to London, and currently serves as President of the London Chapter of the Harvard Women in Defense, Diplomacy and Development group.