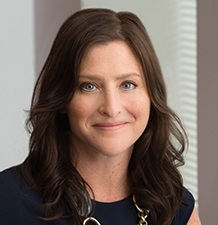 On February 3 through 7, 2020 the UNCITRAL Working Group II (Dispute Resolution) hosted its seventy-first session at the United Nations Headquarters in New York. The five-day session was attended by approximately 60 State members of the Commission as well as numerous other representatives of States, and international governmental and non-governmental organizations.

Also in attendance by invitation by UNCITRAL were representatives of leading arbitral institutions and groups with international expertise relevant to the work of the Working Group (such as the ABA, ArbitralWomen, CEPANI, CIArb, CIETAC, CPR, ELSA, FICA, ICC, ICCA, AAA/ICDR, HKIAC, KCAB, MCA, MIAS, NYIAC, RAS, SCC and SIAC) who attended the Session as observers.

The Working Group continued to prepare a text for expedited arbitration rules (the Expedited Provisions) in furtherance of the vision first articulated by the Commission in 2018 to establish an international framework for expedited arbitration. The aim is to establish streamlined and simplified procedures, model clauses and other guidance to resolve disputes within an expedited or abbreviated timeline and with a particular focus on commercial rather than investor-State arbitration. As highlighted throughout this session, as well as earlier sessions in Vienna, the objective of the Working Group is to establish efficient, user-friendly procedures suitable for use by a range of stakeholders in a variety of settings, including most relevantly in ad hoc proceedings where there is no institution administering the proceedings.

The key issues and discussions points during the Working Group deliberations are summarized below:

It was an honor to represent ArbitralWomen at the February 2020 UNCITRAL Working Group II Session.

Submitted by Kiera Gans, ArbitralWomen Member and Of Counsel at DLA Piper.