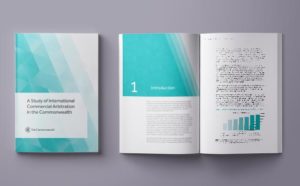 Publication of Study of International Commercial Arbitration in the Commonwealth

Of particular note, the Study includes recommendations to enhance diversity within the arbitration community, including the importance of Commonwealth jurisdictions cooperating with their respective arbitral institutions, law societies and bar councils to encourage diversity and require reporting on it. The need to consider diversity when appointing arbitrators, and ArbitralWomen’s role in providing the arbitration community with information about diverse candidates, is noted. The Study also proposes that the Commonwealth Secretariat consider launching a Commonwealth diversity pledge.

The Study can be found here.