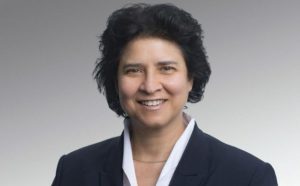 Patricia Nacimiento, a current member of the Board of ArbitralWomen, has been appointed as an Ambassador of Arbitrator Intelligence for the 2020-2021 Term, effective 1 October 2020. Patricia is a Partner at Herbert Smith Freehills in Germany where she heads the German dispute resolution team and where she is also a member of the Europe Middle East & Africa Disputes Leadership Team. Patricia is an expert in litigation with over 20 years of experience. She has served as both party representative in over 140 arbitration proceedings and has also served as arbitrator. Patricia is particularly focused on energy, construction, and post M&A disputes, as well as business and human rights, investment arbitration, and the law of nations. Patricia was appointed in 2007 to the ICSID panel of arbitrators on behalf of Germany. She is fluent in German, English, Spanish, Italian, and French.