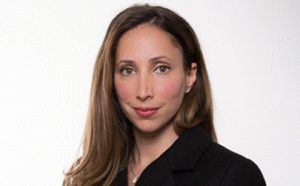 Noradèle Radjai has been appointed to the Executive Committee of the Swiss Arbitration Association (ASA), with effect from 29 January 2021. Also effective since January 2021, she has been promoted to Vice-Chair of the IBA’s Arbitration Committee (as well as co-chair of its In House Counsel Group). Based in Geneva, Noradèle is a partner in the international arbitration team at Lalive and acts as counsel and arbitrator. She specializes in commercial and investment arbitration in the construction, energy and telecommunications sectors, with particular focus on the Middle East. In addition to the new appointments, Noradèle is a member of CPR’s European Advisory Board, and a Steering Committee Member of the ERA Pledge. She speaks Arabic, English, French and Spanish. Noradèle is recognised by the Chambers Global Guide in their Europe-wide and Switzerland rankings of leading arbitration counsel.