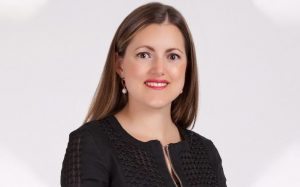 The Rising Arbitrators Initiative seeks to support arbitration practitioners under 45 who have received their first appointment as arbitrator or who have at least seven years of international experience.

Montserrat Manzano has been appointed to the Executive Committee of the newly founded Rising Arbitrators Initiative with effect from 1 October 2020. Montserrat is a partner at Von Wobeser y Sierra in Mexico City. She has participated in over 60 commercial and investment arbitrations as counsel, arbitrator or arbitral secretary under various international arbitration rules. She is specialised in dispute resolution relating to administrative law, public procurement and government contracting in the energy and infrastructure sectors. She has been recognised by various leading international editorials including Latin Lawyer 250, Global Arbitration Review: GAR 100, Legal 500, Benchmark Litigation, Who’s Who Legal Mexico Arbitration, Who’s Who Legal Future Leader of Arbitration under 45, Best Lawyers and Leaders League Arbitration.