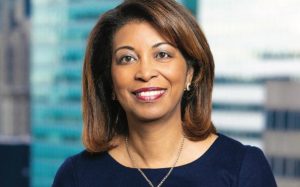 Mélida Hodgson has been named Vice-Chair of the ICC Institute of World Business Law, effective 1 January 2021. The organization was established in 1979 and aims to foster wider knowledge and the development of the law and practices of international business, through close cooperation and discussions between practitioners and scholars and supported through training and research. Mélida is head of the New York International Arbitration Practice at Jenner & Block. She focuses her practice on investor state and commercial arbitrations, primarily involving governments, state-owned entities, and corporate entities. She is particularly specialized in the infrastructure, mining, transportation, and energy sectors. Mélida also advises on international trade policy issues and regularly sits as an arbitrator. She has been recognized by Latinvex as a top 100 lawyer whose practice focuses on Latin America and has been recognized in Who’s Who Legal Arbitration, including as a Thought Leader, in Legal 500 Latin America, and ranked in Chambers USA, Latin America, and Global. Mélida has been appointed to the ICC Commission on Arbitration and ADR, the Latin America and Caribbean Council of the American Bar Association, and the council of the American Arbitration Association. She previously served on the Executive Council of the American Society of International Law, and is a founding member of Washington Women in International Arbitration.