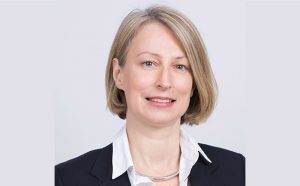 Lucia Raimanova has been promoted to the partnership of Allen & Overy in its Bratislava office, with effect from 1 May 2021. Lucia is a Slovak national and is qualified as a solicitor-advocate of England & Wales. Prior to relocating to the Bratislava office in 2016 to lead the firm’s CEE arbitration practice, she practiced in Allen & Overy’s London office. During that time, she was seconded to both Hong Kong and Moscow. Before joining Allen & Overy, Lucia served as a World Bank adviser to the Slovak government. Lucia specialises in high-profile commercial and investment disputes, including the defense of Pakistan against two treaty claims relating to a liquid petroleum gas terminal, the representation of a company in a multibillion UNCITRAL claim against India, and of a bank in an ICSID claim against Croatia. Lucia currently serves on the Board of the Vienna International Arbitral Centre (VIAC) and also sits as arbitrator.