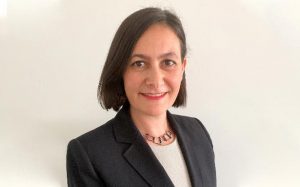 Judith Levine was awarded “Arbitrator of the Year” at the Australian ADR Awards 2020 on 13 November 2020. Based in Sydney, Judith is an independent arbitrator with extensive experience in public international law, investor-state and commercial disputes. She has sat as president, sole arbitrator and co-arbitrator in ICC, SIAC, CAS and UNCITRAL Rules cases. Judith established her own practice earlier this year after working for over a decade at the Permanent Court of Arbitration in The Hague, where as Senior Legal Counsel she administered some of the world’s most complex disputes, including the South China Sea, Yukos and the Bangladesh Accord arbitrations. Judith is a Vice President of the Australian Centre for International Commercial Arbitration, an inaugural member of Australia’s National Sports Tribunal, and a member of the Commonwealth Secretariat Arbitral Tribunal.