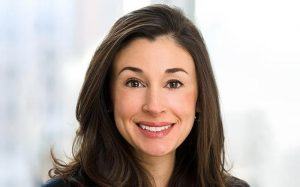 Jennifer Permesly has been appointed as Co-Chair of the IBA’s Insolvency in International Arbitration Subcommittee with effect from 1 January 2020. Jennifer is counsel in the international litigation and arbitration team at Skadden, Arps, Slate, Meagher & Flom, based in New York. Jennifer is chair of Global Advisory Board Relations for the New York International Arbitration Center, co-chair of the American Society of International Law’s Dispute Resolution Interest Group and a term member of the Council on Foreign Relations. She is admitted to the Bar of New York and speaks English and Spanish. She is recognised by the Chambers Guide and the Legal 500 for her expertise and has been named as one of Latin America’s Top 100 Female Lawyers by Latinvex and as a Future Leader by Who’s Who Legal.