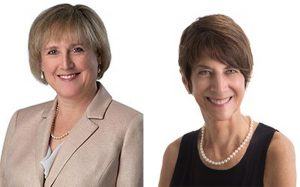 Jean Kalicki has joined Arbitration Chambers in conjunction with its launch in New York. Jean has practiced as an independent arbitrator since 2016, focused on investment disputes and complex international cases, and is a Vice President of the LCIA Court and a member of the ICCA Governing Board. She was named Chambers’ only 2019 “Star Arbitrator” in the USA (above Band 1), Global Arbitration Review’s “Best Prepared/Most Responsive Arbitrator” worldwide in 2017, and one of Law360’s “Five Most Influential Female International Arbitrators” for 2016.

Lucy Reed has joined Arbitration Chambers in conjunction with its launch in New York. In addition to her practice as an independent arbitrator, Lucy served as Director of the Centre for International Law and Professor of Practice on the Faculty of Law of the National University of Singapore from 2016 to 2019.  She practiced with Freshfields from 1998 to 2016 in the New York, Hong Kong and Singapore offices, and led the firm’s global international arbitration group.  She has served as Chair, sole arbitrator and co-arbitrator in investor-State and complex commercial cases under all of the leading institutional arbitration rules. Lucy is President-Elect of ICCA, one of two Vice Presidents of the SIAC Court and a Member of the U.S. Council on Foreign Relations.