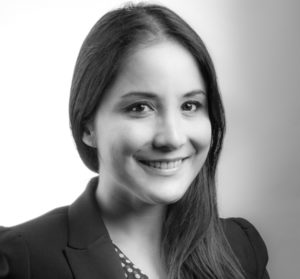 On 1 May 2020, ICSID and UNCITRAL released the long-awaited Draft Code of Conduct for Adjudicators in Investor-State Dispute Settlement (“ISDS”). This commentary addresses the potential ban on double-hatting, in Article 6, and its impact on gender diversity. The specific draft provision is detailed below.

Adjudicators shall [refrain from acting]/[disclose that they act] as counsel, expert witness, judge, agent or in any other relevant role at the same time as they are [within X years of] acting on matters that involve the same parties, [the same facts] [and/ or] [the same treaty].

Comment 66 of the Draft Code of Conduct defines double-hatting as “the practice by which one individual acts simultaneously as an international arbitrator and as a counsel in separate ISDS proceedings.”  The comment further states that for some, any concurrent representation creates a conflict of interest and therefore should be prohibited.  For others, double-hatting is “problematic only in circumstances, where the facts or parties are related.” Moreover, Comment 67 states that “[a]n outright ban is easier to implement, by simply prohibiting any participation by an individual falling within the scope of prohibition.”

Any sort of blanket ban on double-hatting would have the unwelcome effect of reinforcing the existing dominance of a relative handful of male arbitrators mostly from Western Europe and North America in the field of ISDS.  In a prior study of 249 known investment treaty cases up to May 2010, only 6.5% were women.  A recent survey of 353 registered ICSID cases from 2012-2019 reveals that out of 1,055 appointments, only 152 appointments were women – just 14.4 %.  More striking, of all individuals appointed across all cases, 35 individuals were female and only two female arbitrators together comprise 45.3% of appointments of women. Thus, the underrepresentation of women in investment arbitration remains a dire problem.

Few, if any, would disagree that the international arbitration community as a whole benefits from diversity across all its members. It has been well acknowledged that gender diversity contributes to reaching better results due to the wealth that each talented individuals, men and women, bring to the tribunal.  Indeed, concerns over the lack of diversity have prompted efforts to increase the pool of female arbitrators through the launch of the Equal Representation in Arbitration Pledge (the “ERA Pledge”) in 2016.  Various arbitral institutions, law firms, corporations, and stakeholders have signed the ERA Pledge and committed to increase, on an equal opportunity basis, the number of women appointed as arbitrators with the ultimate goal of full parity. With over 4,000 signatories, the ERA Pledge serves as a testament to the international arbitration community’s recognition of the underrepresentation of women in international arbitration tribunals.  In investment arbitration, however, these individual arbitrators would be primarily drawn from the ranks of counsel who must continue to practice unless and until they receive sufficient appointments to make full-time service as arbitrators economically feasible.  Indeed, according to the 2019 ICSID Annual Report, 31% of female appointments were first-time appointees.

Barring individuals serving as counsel in ISDS proceedings from serving as arbitrators in investment disputes would reduce the overall pool of potential arbitrators, notably women, and deprive the parties of the ability to select the arbitrator of their choice.  Of particular concern, an outright ban would undermine the efforts of the international arbitration community, including ArbitralWomen, to increase the number of females in arbitral tribunal panels.  Representation of women in ISDS tribunals is particularly important because arbitrators render decisions that affect the public.  ISDS decisions thus should reflect the make-up of those affected by their decisions.  Therefore, any prohibition of multiple roles that would negatively impact diversity should be discouraged.  Narrowly tailored disclosures, similar to the International Bar Association Guidelines on Conflict of Interest, would be more suitable and in line with international practice.  It would also promote party autonomy, the hallmark of arbitration, and most notably the freedom to appoint arbitrators of choice.

Over the last two decades, the figures show that the appointment of female arbitrators is on the rise, but significant improvements are still needed.

Imposing a ban on dual hatting would be tantamount to reversing any progress made on gender diversity by the international arbitration community, including ICSID and UNCITRAL, over the past years.