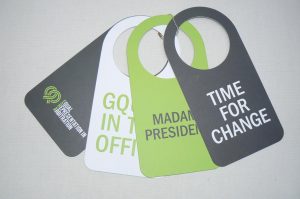 The ICC International Court of Arbitration was among the first organisations to endorse the Pledge before it was even launched on May 18, since it signed the Pledge on 8 May 2016.

The ICC has participated in this initiative since Sylvia Noury started it in April last year and was represented by the author, who is also a member of the Pledge Steering Committee. The author indicated from the outset of this initiative that the ICC was willing to sign the Pledge and to contribute to increasing the number of women appointed as arbitrators.

The ICC recently published a Note to the ICC National Committees and Groups about the proposal of arbitrators, in which those Committees and Groups are encouraged to observe generational and gender diversity. They are likewise encouraged, in their proposals of arbitrators, to favour gender diversity and diversity as to the various components of the local arbitration communities.

The disclosure of gender statistics forms part of the ICC’s on-going strategy to enhance both the transparency and diversity of international arbitration. The Court remains committed to enhancing the diversity of ICC tribunals and believes that the publication of annual statistics has a key role to play in this regard.

The ICC Court also decided in January 2016 to publish on its website the names of arbitrators sitting in ICC cases, their nationality, their role within the tribunal, whether their appointment was made by the Court or by the parties and whether the arbitration is pending or closed. This novelty is among several other measures that the Court has recently been adapting to move towards more transparency. The first names were published on June 27; two out of the six arbitrators were women.

As the number of players in dispute resolution from around the globe signing the Pledge grows every day, the author hopes that by committing together to change the playing field, we will attain a better representation of women on arbitral tribunals, considering the number of talented female practitioners.

The photo represents a give-away offered at the launch of the Pledge in London on May 18.