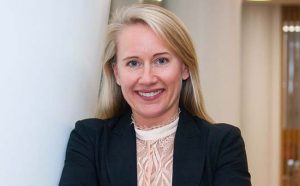 Georgia Quick Elected as President of the ACICA

Georgia Quick has been elected as President of the Australian Centre for International Commercial Arbitration (ACICA), with effect from 1 June 2021. Georgia has been on the ACICA Board since 2010 and thereafter served as a Vice President on its Executive Committee since 2015 among other leadership roles. Georgia is a senior partner in the dispute resolution group of Ashurst based in Sydney and co-head of its Australia international arbitration practice. She has particular experience in the energy, construction, and property industries and in major government and private projects. Georgia is UK and Australian qualified. She is listed in Who’s Who Legal as a Global leader in Arbitration and in Construction and in Chambers and Legal 500 for Construction.