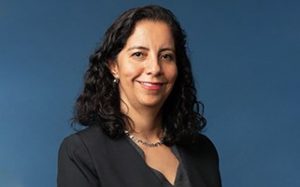 The Rising Arbitrators Initiative seeks to support arbitration practitioners under 45 who have received their first appointment as arbitrator or who have at least seven years of international experience.

Gabriela Alvarez-Avila has been appointed to the Advisory Council of the newly founded Rising Arbitrators Initiative with effect from 1 October 2020. Gabriela is a Partner at Curtis in Mexico City where she specializes in international law and investment law, particularly in the sectors of infrastructure projects, electricity, telecommunications, and oil and gas. She has acted frequently for foreign states in ICSID and UNCITRAL investor-state arbitrations and as counsel and arbitrator in ICC commercial arbitration cases and in those of the Centro de Arbitraje de México (CAM). She has been designed by Mexico to the ICSID Panel of Arbitrators.