ArbitralWomen held its Annual General Meeting (AGM) virtually on Tuesday, 1 February 2022, attended by women from all over the world. 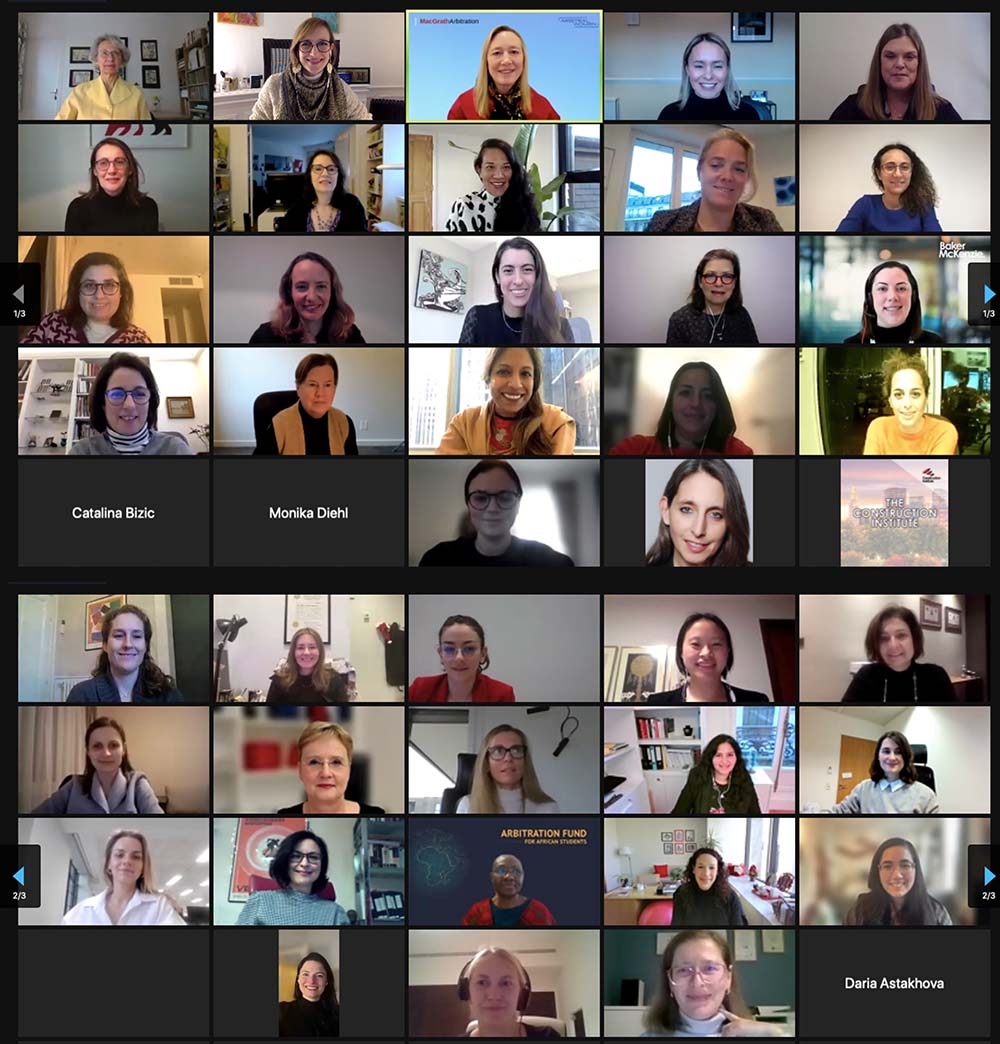 President Dana MacGrath gave introductory remarks, noting that her term as President will conclude on 30 June 2022, and took a moment to reflect on her time as President. She shared that it has been an honour to lead ArbitralWomen through some very difficult times, not the least of which has been the global pandemic, and that the Board maximised the ArbitralWomen platform to support women during this challenging period while continuing ArbitralWomen’s usual programming in different, innovative ways. ArbitralWomen could not have achieved all that it has without a fabulous team of ArbitralWomen Directors, Members, and allies.

Additionally, ArbitralWomen partnered with many other organisations to promote diversity in ADR and has supported other, relatively new, diversity organisations and initiatives in their efforts to launch successfully. 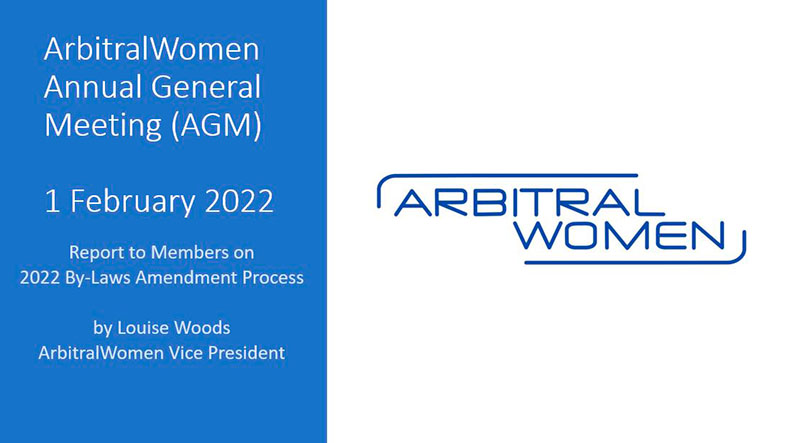 Next, Vice President Louise Woods presented on the ArbitralWomen 2022 By-Laws.

Louise explained that the 2022 By-Laws are the culmination of several months of work by the By-Laws Amendment Taskforce, which she led herself as Vice President, and thanked the Taskforce (which included volunteer members of the ArbitralWomen Executive Committee, Board and Advisory Council) for their comments and suggestions. She noted that the amended By-Laws have been accessible to ArbitralWomen Members on the website portal since 12 January 2022.

She explained that the amendments were aimed at three main goals: (1) to build on recent improvements to ArbitralWomen’s governance, (2) to improve, clarify and streamline certain processes, and (3) to record in the By-Laws policies and procedures that already existed in practice. She then walked members through the specific amendments and summarised the key revisions. 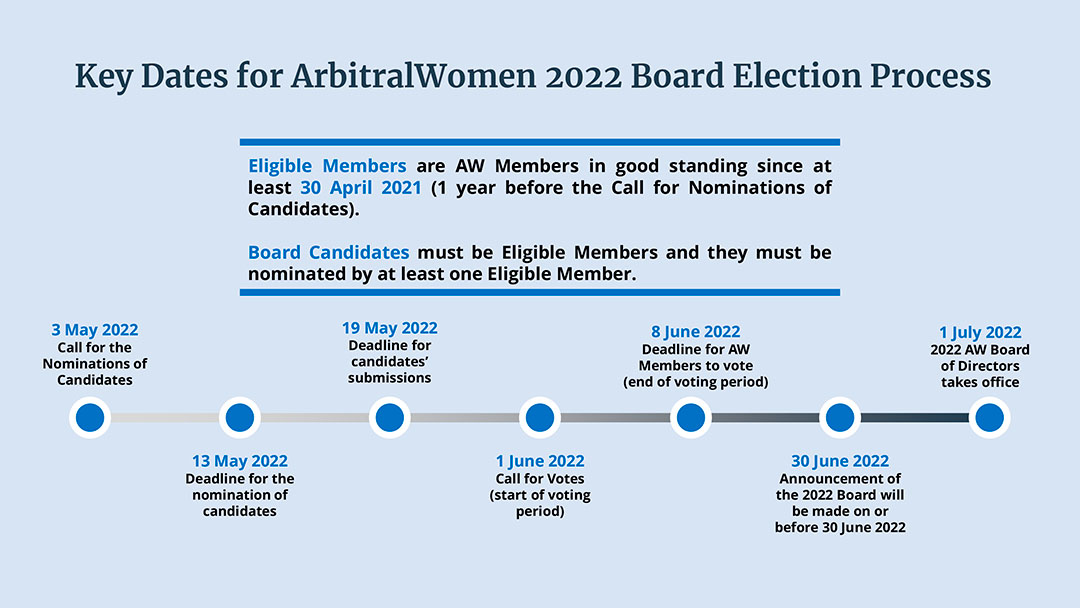 At the close of the meeting, members participated in a networking session, at which new ArbitralWomen members were invited to introduce themselves.

Several other members shared news and their areas of expertise at the networking session. The event concluded at 19:30 CET.