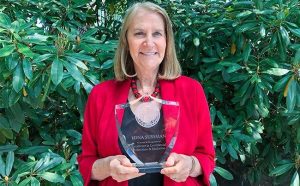 Edna Sussman has been named as the National Academy of Distinguished Neutrals’ Distinguished Neutral of the Year 2020. Based in New York, Edna has been appointed as arbitrator or mediator in several hundred international and domestic commercial disputes over the last two decades. She is the Chair of the New York International Arbitration Center, a member of the Board of the American Arbitration Association, former President of the College of Commercial Arbitrators and Founding Chair of the AAA-ICDR Foundation. Edna is recognised for her expertise by Who’s Who Arbitration and Mediation, Chambers and Best Lawyers.