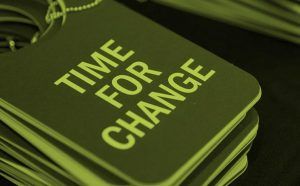 Checklist of Best Practices for the Selection of Arbitrators and Survey

A Checklist of Best Practices for the Selection of Arbitrators and a Survey on the Selection of Arbitrators were launched by the Paris members of the ERA Pledge Steering Committee, Caroline Duclercq, Laurence Kiffer, Alison Pearsall, Mirèze Philippe, Gisèle Stephens-Chu, and Valence Borgia and Maria Beatriz Burghetto, the author of this post, in a non-official capacity. The launch took place during a webinar on 14 October 2020, hosted by the Paris Bar with the support of the ERA Pledge and ArbitralWomen, that was attended by over a hundred participants. A recording of the webinar (in French only) is available here.

The Checklist outlines the best practices, methods and tools available for selecting arbitrators, relying on objective criteria that promote both efficiency and diversity in the selection of arbitrators.

The goal of the Survey, which will first be launched in France, is to explore the criteria and methods employed by arbitration users when nominating arbitrators. It also provides a tool to reflect on the various issues listed and to address the selection process from a different perspective.

Arbitrator selection is a core element of the practice of arbitration. It is a crucial step that may determine, for better or for worse, the quality of the arbitral proceedings and of the decisions the tribunal will make, including the award on the merits. Parties’ in-house and outside counsel and arbitral institutions may add significant value to the selection process, based on their experience and knowledge of the milieu.

The risk, however, is that, by adhering too much to the ‘tried and true’ and excluding innovation and alternatives, arbitrator selection turns into repeated appointments of ‘usual suspects’, leading to some arbitrators being overbooked while others who are equally competent are rarely appointed. This perpetuates endogamous appointments that undermine the legitimacy of arbitration, not only from the diversity standpoint, but also from the equally important aspect of independence and impartiality of the arbitrators.

These concerns with repeat appointments, and specifically with diversity in arbitrator selection, have attracted the international arbitration community’s attention for the past decade (see Queen Mary University surveys on ‘Choices in International Arbitration’ (2010) and ‘Current and Preferred Practices in the Arbitral Process’ (2012), which included questions on arbitrator selection, and Berwin Leighton Paisner survey on ‘Diversity on Arbitral Tribunals: Are we getting there ?’ (2017)).

To respond to these concerns and the objective of many in the arbitration community ‘to increase, on an equal opportunity basis, the number of women appointed as arbitrators in order to achieve a fair representation as soon practically possible, with the ultimate goal of full parity’, the French chapter of the Equal Representation in Arbitration (ERA) Pledge has recently proposed tools that that seek both to guide and understand appointment practices:

Main takeaways from the Checklist

The Checklist of Best Practices for the Selection of Arbitrators is addressed to parties and their counsel, in particular users of arbitration who may not have much experience in this area. It is in five parts: the first part deals with preliminary considerations that parties must attend to at the beginning of the arbitral proceedings; parts two and three focus on parties’ selection of co-arbitrators and of the president of an arbitral tribunal, while part four concerns what parties can do where it is the arbitral institution that is required to appoint an arbitrator. Finally, the Checklist highlights the importance of taking into consideration the personality and experience of arbitrators to ensure balance and a good dynamic within the tribunal.

This post discusses the main takeaways from the Checklist. First, parties must devote significant attention and reflection to the arbitrator selection process and avoid hasty decisions, from the drafting of the dispute resolution clauses to the appointment of arbitrators. The number of arbitrators or the selection method agreed upon in the clause may not be well-suited to the dispute once it has arisen. Revisiting the clause would be advisable, even though it would require agreement of the parties, which may be challenging to obtain once they are in dispute.

Second, when parties must nominate arbitrators, they should not only seek feedback from arbitration users or arbitration practitioners, but also refer to publicly- available directories and other resources available on websites such as AAA, ArbitralWomen, ASA, BreakingThrough, Energy Arbitrators (ICDR), IAI, ICCA, JAMS, VIAC, and the search page on ERA Pledge, and to the feedback on arbitrators available on paid-access websites such as Arbitrator Intelligence or GAR ART. Parties, co-arbitrators and arbitral institutions should promote gender, generational, cultural and legal diversity to broaden the pool of arbitrators and appoint qualified arbitrators who are less busy than the ‘usual suspects’. Diversity improves performance, as it increases the pool of talent, skills, experience, and ways to approach and resolve problems. Recent statistics demonstrate that gender diversity has been increasingly a significant criterion considered by arbitral institutions when appointing arbitrators, rising from less than 10% in 2010 to an average of 21 % in 2019.

Third, when appointing arbitrators, arbitral institutions and national courts must take into account parties’ wishes regarding arbitrators’ qualifications, whether agreed upon in the arbitration clause or after the dispute has arisen. Parties should state their preferences, especially when the clause is silent, to ensure that the required qualifications and experience are represented in the tribunal makeup.

Fourth, parties, co-arbitrators and institutions should seek to ensure a well-balanced tribunal and good dynamic within the tribunal, based both on objective and subjective selection criteria. For example, the respondent’s choice of arbitrator will very likely be influenced by the profile of the arbitration chosen by the claimant, who usually appoints first. For instance, if the claimant nominates a law professor, a respondent may be inclined to nominate a practising lawyer to ensure a balance of views on the tribunal, particularly if the respondent’s case depends more on factual evidence than legal argument. Likewise, the choice of the co-arbitrators may have an impact on the profile of the president to be selected. In addition, the president must have a certain authority and the strength to avoid potential manipulation by biased co-arbitrators and must also be hardworking, to ensure a well-reasoned award. Moreover, arbitrators must be willing to listen to each other, and co-arbitrators, while ensuring a balance of views, must not play the role of advocate for the party who appointed them.

A copy of the Checklist is available here in French and here in English.

Description of the Survey

The Survey differs from the surveys conducted by Queen Mary University, as questions are more detailed and specific in connection with arbitrator selection and diversity in its broadest sense, including gender diversity. It is addressed to counsel, in-house counsel and their respective professional organisations based in France.

Respondents are invited to indicate the type of entity they represent in taking the Survey, including its familiarity with designating arbitrators. They must provide information on the methods they use for selecting arbitrators and rank them in order of priority.

Two questions concern list-based selection methods, specifically (i) whether the respondent’s preference is to ask an arbitral institution to provide a list of candidates that fulfil the parties’ criteria, and (ii) where parties are to draw up a list of candidates, which criteria they consider most important, such as nationality, gender, cultural background, place of residence, previous experience as arbitrator, knowledge of the applicable law or industry. Respondents are requested to rank and give each criterion a mark to assess its individual significance.

Another question addresses ways to improve arbitrator selection methods, mainly from the point of view of gender diversity. Respondents must choose among several selection methods, ranging from lists of candidates supplied by arbitral institutions and anonymised CVs which may generally result in more female candidates being chosen (see Lucy Greenwood, “Could “Blind” Appointments Open Our Eyes to the Lack of Diversity in International Arbitration?, TDM, Vol. 12, issue 4, July 2015), to “blind” appointments where candidates are not told which party has chosen them in order to ensure the candidate’s complete independence and impartiality.

The next question considers factors that, in respondents’ opinion, are most conducive to the satisfactory conduct of the arbitral proceedings, such as (a) homogeneous or diverse legal backgrounds, (b) gender diversity, (c) previous experience sitting in the same tribunal (or lack thereof), (d) different professions (or the opposite) or (e) the fact they belong to the same (or a different) generation.

The last two questions enquire about (i) the existence of diversity programmes implemented at the respondents’ firms, their results and whether they have an impact on arbitrator selection, and (ii) the impact that diversity in its different aspects may have had in the success of the firm. The goal of the authors of the Survey is to have as many responses as possible in order to understand and analyse arbitration users’ motivations and the methods they apply when selecting arbitrators, as well as their attitudes towards diversity in the constitution of arbitral tribunals. This, in turn, may increase the collective awareness and reflection on arbitrator selection methods and how they should better take into account the key question of diversity.

Your input will be extremely valuable. The text of the Survey is available here for information and you can take the Survey by clicking here.