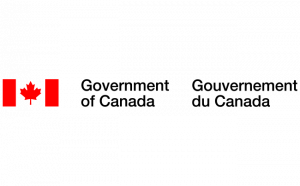 On 13 May 2021, Canada announced the introduction of a modernized and inclusive Foreign Investment Promotion and Protection Agreement Model (“2021 Model FIPA”). According to Global Affairs Canada (“GAC”), this model will “help provide a stable, rules-based investment environment for Canadian businesses investing abroad and for foreign businesses investing in Canada”, while balancing “the interests of all Canadians … so that the benefits of Canada’s investment agreements are shared broadly across society”.

The amendments follow on from extensive consultations with various stakeholders launched in 2018 and mark the first comprehensive revision to Canada’s model FIPA since 2003-2004. They come on the heels of recent debate surrounding the reform of the ISDS system as well as recent Canadian trade-related developments, including the United States-Mexico-Canada Agreement (USMCA), which came in effect in July 2020, the Canada-EU Comprehensive Economic and Trade Agreement (“CETA”), the Comprehensive and Progressive Trans-Pacific Partnership (“CPTPP”) and the signing of the Canada-UK Trade Continuity Agreement.

Compared with prior iterations, the FIPA Model contains several notable updates to the dispute settlement mechanism and clarifications to investment protections, including from a gender equality and diversity perspective.

Particularly noteworthy, from a gender equality and diversity perspective, is Article 30(1) which provides that “disputing parties are encouraged to consider greater diversity in arbitrator appointments, including through the appointment of women”. While not an obligation in itself, this provision nevertheless signals the importance of gender diversity on arbitration panels, in keeping with Prime Minister Justin Trudeau’s government gender policy in trade agreements and the wider push for gender diversity in arbitration supported by organizations like The Pledge and Arbitral Women. This provision appears to be truly one of its kind: the author is not aware of other investment treaties with a similar provision.

Other updates to the FIPA model dispute settlement mechanism include, as reported on Global Affairs Canada’s website:

From a gender equality and diversity perspective, the new FIPA model includes a number of provisions that “aim to help women and other groups benefit more from the agreements, and to ensure that investment protections do not impede policies promoting gender equality”.

Such right to regulate to achieve legitimate policy objectives, including gender equality, is then embedded in Article 3 of the model. Article 16 entitled “Responsible Business Conduct” reaffirms that investors and their investments shall comply with the domestic laws and regulations of the host State, including laws and regulations on gender equality amongst others, and reaffirms the importance of internationally recognized standards in this respect, such as the OECD Guidelines for Multinational Enterprises. Such specific reference to internationally recognized standards is a novelty in the updated FIPA model. Article 16 applies directly to the contracting states, not investors.

In effect, the new FIPA model stipulates that the contracting states should encourage enterprises to consider greater diversity in senior management positions, which may include requirements to nominate women, and promote equal opportunities for women in terms of selection, remuneration and promotion.

Clarifications to other investment protections standards were also made in the new FIPA model, notably to the MFN clause and minimum standard of treatment. They are not the object of the present blog post.

It remains to be seen whether Canada will seek to renegotiate its concluded bilateral investment treaties on the basis of its modernized FIPA and whether other states, particularly those which also have model bilateral investment treaties of their own such as the United Kingdom, will adopt and incorporate some of the provisions of Canada’ new FIPA in their own treaties. It would be surprising that the standard that Canada is setting with its modernized FIPA model on gender equality and diversity in investment protection and arbitration will be the source of any controversy in this respect.