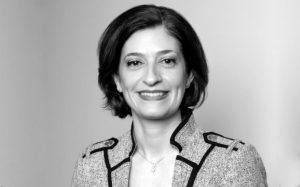 Caline Mouawad has joined the partnership at Chaffetz Lindsey LLP with effect from 16 December 2019. Caline was previously a partner at King & Spalding. Caline counsels clients in an array of multi-jurisdictional disputes that span from Europe to Latin America and from Africa to Asia, and concern such sectors as oil and gas, mining, consumer goods and telecommunications. She has acted as counsel in arbitrations conducted in English and French before the ICC, ICSID, LCIA, AAA and SIAC, as well as in ad hoc cases under UNCITRAL Rules. In addition, Caline serves as an arbitrator. She is listed on the Panel of Neutrals for the International Centre for Dispute Resolution and the AAA National Roster of Arbitrators and Mediators. Caline is the Vice Chair, ICC Commission on Arbitration and ADR and a member of the NYC Bar Association’s International Commercial Disputes Committee.