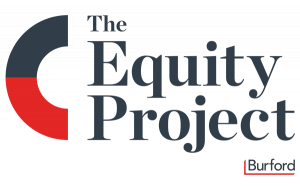 Lack of diversity in arbitration is a well-documented problem. Women account for only about a fifth of arbitrators, and ethnic diversity is largely absent. A 2021 survey by White & Case found that 61% of respondents agreed that some gender diversity progress has been made in recent years, but less than a third felt similarly about ethnic diversity.

Burford Capital reviews hundreds of billions of dollars in commercial disputes annually, but since its inception in 2009, of the thousands of matters brought to it each year for funding, less than 5% had a woman in a leading role, and even fewer were led by people of colour. In 2018, Burford launched The Equity Project, a $50 million pool of capital earmarked to back litigation and arbitration led by women. As of December 31, 2020, Burford had committed nearly $57 million to matters led by women.

Building on this success, in October 2021 Burford announced its expansion of The Equity Project with an additional $100 million and broadening its mission to address both female and racially diverse lawyers.

In earmarking capital through The Equity Project, Burford seeks to provide lawyers who have been historically underrepresented in the business of law an edge as they pursue leadership positions in significant commercial litigations and arbitrations.

Further, when Equity Project investments resolve successfully, Burford will contribute on behalf of the client some of Burford’s profits to a charitable organisation focused on advancing the careers of female and diverse lawyers.

Maria Eugenia Ramirez commented: “I am delighted to have been invited to join the next phase of The Equity Project as an Equity Project Champion, and I look forward to its continuing growth throughout 2022.”

We are pleased to share this announcement and requests for more information: equityproject@burfordcapital.com.