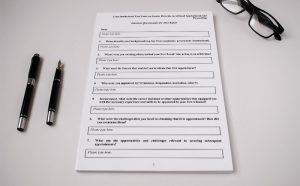 Attention Women who have or are serving as Arbitrators!

ArbitralWomen is an integral member of the Cross-Institutional Task Force on Gender Diversity in Arbitrator Appointments and Proceedings. The Task Force brings together leading international arbitration institutions, law firms, and gender diversity initiatives to publish and analyse recent statistics on the appointment of women as arbitrators, as well as to identify opportunities and best practices to promote gender diversity in international arbitration.

In 2020, the Task Force published a Report through ICCA that documented progress towards achieving greater gender diversity among arbitrators, analysed why fewer women than men are appointed as arbitrators, and provided suggestions on how to improve gender diversity in arbitration. Further information about the Report is available in ArbitralWomen’s article here.

One extremely valuable source of information was a selection of women, who generously agreed to answer a short questionnaire discussing their experiences securing arbitral appointments. These responses were anonymised and included in the 2020 Report, providing a rich source of shared experience and advice for young practitioners, as well as new and upcoming arbitrators, and offering valuable recommendations on how to address leaks in the “pipeline” of women obtaining arbitral appointments.

The Task Force is publishing an updated report this year and invites all women, including ArbitralWomen members, who have served as an arbitrator to complete its Questionnaire, which is available here. Questionnaire responses will be anonymised before being included in the Report.

Please send the completed Questionnaire to ArbitralWomen members Nicola Peart at nicola.peart@threecrownsllp.com and Jennifer Ivers at jennifer.ivers@whitecase.com, no later than 30 April 2021.

Thank you in advance for your participation!

The 2020 Report draws on data provided or published by members of the Task Force (DIS, HKIAC, ICC, ICDR, ICSID, LCIA, SCC, and VIAC), as well as publicly available data published by the PCA and CAS, and surveys conducted by the Task Force with a range of women with experience of serving as arbitrators. The 2021 Report will also include data from new Task Force members, ACICA, SCAI, and SIAC.

In its 2020 Report, the Task Force examined and identified key trends in the statistics on arbitral appointments. As detailed in the 2020 Report, for example, the proportion of women serving as arbitrators nearly doubled from 2015 to 2019, rising from 12.2% of arbitrator appointments to 21.3% of appointments. Multiple factors likely influenced this increase in appointments, such as improvement in tracking and reporting data and increased awareness following the launch of diversity campaigns such as the Equal Representation in Arbitration Pledge and the work of organisations like ArbitralWomen.

The Task Force considered the two primary categories of barriers to the appointment of women as arbitrators, as identified by independent arbitrator and former ArbitralWomen Board member Lucy Greenwood, namely, the “leaks” in the pipeline of sufficiently-qualified arbitrator candidates and the “plugs” in the pipeline that prevent already-experienced women from obtaining arbitrator appointments. Among other pipeline “leaks,” women have faced the impact of unconscious bias on their professional development; difficulties due to inflexible working arrangements; poor retention in law firms; and harassment and bullying in the workplace. “Plugs” in the pipeline include limited and less accessible information about more diverse arbitrator candidates; unconscious bias in the arbitrator selection process; and difficulties in obtaining the first appointment as an arbitrator.

In addition to publishing the statistics on gender diversity in arbitrator appointments and analysing why these statistics are still so poor, the 2020 Report compiled and provided recommendations on how to improve the representation both of women as arbitrators on tribunals and of women as lawyers in arbitral proceedings. These recommendations included targeted suggestions for qualified arbitrator candidates, external and in-house counsel, and parties who appoint arbitrators, as well as appointing authorities. These concrete recommendations included tips on addressing unconscious bias; guidance for less-experienced women working as attorneys who seek to progress their careers; advice for employers on how to enable and promote talented women; opportunities for qualified women to promote and market their credentials; and recommendations on how parties and funders can require diversity in international arbitration.

The Task Force is currently updating the Report, with a new version to be published later this year, and seeks to include information, advice, and recommendations provided by the current generation of women serving as arbitrators.