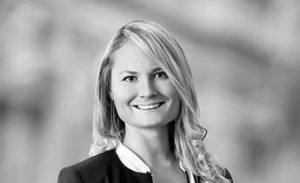 Tuuli Timonen has been appointed to the Board of the Arbitration Institute of the Finland Chamber of Commerce. Tuuli is a senior associate in the International Arbitration Practice Group at White & Case LLP’s Helsinki office, having previously worked in the firm’s Paris and New York offices for several years. Tuuli has experience in international commercial and investment treaty arbitrations, as well as in complex international construction disputes. Tuuli is the founder and former president of New York University School of Law’s International Arbitration Association and a former board member of Young Arbitration Club Finland. She was recognised as a Future Leader by Who’s Who in arbitration for 2017, 2018 and 2019.