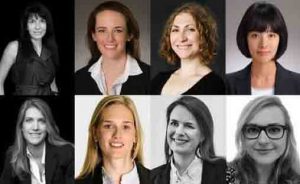 With the kind permission of GAR, authored by Lacey Yong

ArbitralWomen has created YAWP, the first young group for female practitioners only, with an international executive committee chaired by Gabrielle Nater-Bass, partner at Homburger in Zurich.

Nater-Bass, who is already Vice President of ArbitralWomen, tells GAR that Young ArbitralWomen Practitioners (YAWP) provides a networking platform for women below the age of 40 who are seeking to address challenges arising in the early stages of their practice. “Younger women are still building their careers and face issues such as establishing themselves in today’s very competitive and still male-dominated world of dispute resolution. Some may also be juggling a family and a career,” she says.

She hopes that YAWP will give women “comfort and confidence” and allow them to support each other as they share their concerns with others in a similar position. The group will also provide mentoring programmes and skill-building seminars.

At least two members of the committee bring experience of leading other young groups. Brown de Vejar’s two-year term as co-chair of Young ICCA comes to an end this year. Young ICCA is to hold an election soon to replace her and wants those interested in standing to register their interest.

Magliana is co-chair of the Swedish Arbitration Association’s below-40 group, ASA below 40.

All committee members will serve terms lasting two years or until they reach the age of 40. Nater-Bass will serve at least two years as chair to help establish the group.

YAWP celebrates its official launch with an event on 7 April in Zurich. Paula Hodges QC, head of international arbitration at Herbert Smith Freehills in London, will deliver the keynote speech.

The launch will be followed by the first YAWP conference on 8 April. The event, which is open to men and women, will consider how young practitioners can build an international arbitration career. Speakers and moderators will include ArbitralWomen’s president Rashda Rana QC and members of the YAWP executive committee, as well as Hodges, Inka Hanefeld of Hanefeld Rechtsanwälte, Isabelle Michou of Herbert Smith Freehills and Dutch arbitrator Vera van Houtte.

Membership of YAWP is automatic for ArbitralWomen members aged under 40. Those interested in joining are invited to first join the parent organisation using this application form.

On 9 February, Nater-Bass and committee member Claire Morel de Westgaver will speak at an event in London on how women thrive in international arbitration. GAR will report on the event.