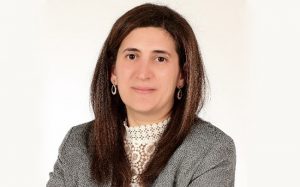 Dr. Aline Tanielian Fadel has joined the partnership at Eptalex-Aziz Torbey as Head of its Arbitration Practice, with effect from 1 November 2020. Based in Beirut, Aline focuses her practice on corporate and commercial law, banking and financial law, in addition to international arbitration. She is a lecturer of commercial law at the Faculty of Law of Université Saint-Joseph (Beirut) and is admitted to the Beirut Bar. Aline also acts as an arbitrator, is a member of the ICC Arab Arbitration Group, and has authored several articles in English, French, and Arabic. She is also fluent in Armenian, her native language, and was formerly a judge of the First Instance Armenian Evangelical Tribunal in Lebanon.