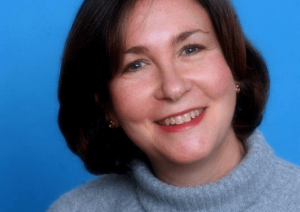 A member’s report on the Second International Women’s Conference on 16 March 2016 at Unesco, Paris

On March 16, 2016, ArbitralWomen held it’s second International Women’s Conference. Over one hundred women from around the world with practices in alternative dispute resolution attended this Congress at UNESCO House in Paris, France. The Congress, entitled “Improving the Role of Women in Dispute Resolution: Evolution or Revolution?” examined the evolving role of women in international arbitration and ways in which to expand that role. Women judges, arbitrators, advocates, and experts greeted old friends and made new ones as they shared practice tips, substantive information, mentoring help, and friendship. More information about ArbitralWomen including how to seek membership is available from its exciting new, user-friendly website.

The full day of programmes, presented all in English, was organized around five substantive panels and several networking breaks. The day concluded with a dinner in the beautiful UNESCO dining room with breathtaking views of Paris.

The day began with a welcome from ArbitralWomen’s President, Rashda Rana, SC FCIArb. Ms. Rana set the tone of the day and introduced the plenary speaker, Hillary Heilbron, QC, of Brick Court Chambers, UK. Keeping with the theme of the day, Ms. Heilbron focused clearly and directly on how the role of women in the field of ADR, in particular arbitration, has evolved, how the role of women might be expanded in the future, and how as a community of institutions, practitioners, and individuals we might support that effort.

International Arbitration is a highly competitive practice area. Many lawyers seek to enter this practice area.  Few are successful. Not surprisingly, most international arbitrations continue to be decided by the same small cadre of older white men. The challenges for entry, while difficult for all, continue to be even more difficult for women and minorities. Historically, whenever women have sought to enter a male-dominated practice area, they have faced entry barriers due to implicit and explicit bias, as well as an embedded status quo. This is the situation still confronted by women in international arbitration. Although Ms. Heilbron unflinchingly outlined the challenges women face, her message nevertheless was encouraging and replete with practical advice.

Consistent with the theme of the Congress, Ms. Heilbron’s remarks went beyond identifying the problems and raising awareness, she also offered constructive suggestions for changing the status quo. She outlined suggestions for raising one’s professional profile and visibility. She encouraged women to take positive steps to raise their profiles by seeking out opportunities to publish and to speak. She suggested that those seeking to raise their profile and visibility might accept the pro bono role as Secretary to an Arbitral Tribunal. With a nod to ArbitralWomen, she recognized the important role of active participation in Associations and Professional Societies as well as the fact that women may need to work harder than their male counterparts to achieve parity.

Women supporting women was a recurring theme of the Congress. Notwithstanding the demands of clients and partners, the delegates were repeatedly reminded of the importance of helping and encouraging one another. Awareness was raised to resist any inclination to fall into the “mean girl,” judgmental female stereotype. Madeleine Albright, former Secretary of State of the United States’ well-known quote was also repeated: “There is a special place in hell for women who do not help other women.”

Following Ms. Heilbron’s plenary address there were five panel presentations. The first, entitled “Evolution vs. Revolution” examined the current state of women in international arbitration.  ArbitralWomen’s President, Rashda Rana moderated this panel and framed the conversation regarding the appropriate process for achieving change and greater diversity in the area of international arbitration. Juliette Fortin, FTI Consulting, France, provided a statistical context which showed that some small measure of progress had been accomplished over the years even though women continue to be underrepresented as arbitrators and as partners in law firms where international arbitration is practiced. The progress made must be viewed in context. Although the statistics demonstrate an increase in international arbitration cases in which women are included on the panel, 75% of all ICSID appointments of women to international arbitration panels are filled by just two women. Quotas have been only partially successful in addressing this problem due in part to those who take a “check the box” approach.

The panel also identified ways in which women may be undercut and disadvantaged in this field. Women are often hurt by conscious or unconscious reactive devaluation referred to informally as “mansplaining.” A suggestion in a meeting put forth by a woman and either overlooked or outright rejected may be repackaged later by a man at which point it is warmly embraced.

In spite of the statistics, the trajectory is favorable and the panel discussed positive steps that might be considered for improving the situation. One intriguing option discussed by Erin Miller Rankin of Freshfields, Bruckhaus Deringer of Dubai was “anonomized CV’s.” When an initial list of potential arbitrators had been assembled at her firm for a particular arbitration. Ms. Rankin first made sure the “short list” included qualified women. Next, prior to making either a recommendation or selection, all reference to gender or diversity was removed from each potential arbitrator’s CV. When the client chose the arbitrator, the selection was made on merit with no possibility for implicit bias. In this instance, the client in fact selected women among the final potential arbitrators. This is comparable to blind auditions where the prospective candidates for an orchestra audition from behind a curtain.  This technique has had a positive impact on the diversity of those orchestras employing this technique.

Women not only are often less likely to be selected to sit on International Arbitration Panels, but women also are less frequently selected to serve as Experts. A second panel“Experts and Lawyers: Building A Winning Combination” moderated by Clare Connellan of White and Case, UK, consisted of four highly qualified Quantum Experts who discussed best practices for advocates working with experts.

Preparation is key to working effectively with experts. Rather than increase costs, this measure alone can help reduce the ultimate expense of litigation by avoiding problems altogether. The expert can identify required information, provide accurate damage analysis, and, importantly, help avoid problems early before they are insurmountable.

The experts agreed that to be effective advocates should recognize that an expert works with them not for them. The role of the expert is to provide accurate and unbiased data and analysis. It is not to advocate on behalf of one position or another. The opinions of an expert who is perceived as a “hired gun” are ultimately less valuable and persuasive to the panel. All of the panelists agreed that while their objective was to help the advocate persuade the panel, maintaining their independence is an essential aspect of their ability to persuade.

There was a discussion of the technique of “Hot Tubbing” with experts where the experts are called jointly and permitted to exchange their views with one another rather than having their individual presentations follow one another. Most found this to be an effective technique. Usually, this helped the better-prepared expert to the disadvantage of the less prepared one.

Just as with seeking arbitral appointments, the advice for those seeking a career as an expert iswas to be authentic, network, work harder than anyone else, and then have confidence that you are prepared and can do the work.

There was also an entertaining mock arbitration in which those in the role of advocates and those in the role of arbitrators illustrated ethical dilemmas through the use of a role play, where the arbitrators and their counsel illustrated issues relating to bias caused by prior and ongoing relationships between or among the arbitrators and parties or their lawyers. There was also an issue as to the neutrality of party-appointed arbitrators who, in spite of how they should conduct themselves, nevertheless advocate on behalf of the party who appointed them. This mock arbitration successfully used humor to   illustrate common ethical concerns of bias and conflicts of interest. The mock session was concluded by a discussion of the proper conduct and applicable rules.

The final panel was an incredibly helpful presentation by high ranking women in major arbitral centers who discussed the ongoing efforts of these institutions to address issues of diversity on their panels. Representatives from institutions on this panel were Mirèze Phillippe of the ICC and Sasha Carbone of ICDR. Although the problems persist, the affirmative efforts of these organisations to address this ongoing problem was encouraging.

These organisation representativesspoke of greater transparency regarding the composition of panels. Mirèze Phillippe discussed the measures adopted by the ICC to publish information concerning the demographics of the arbitrators sitting on its cases. Sasha Carbone discussed the similar efforts underway by the AAA/ICDR. All of the entities represented supported greater transparency and diversity to address the ongoing underrepresentation of women on international arbitral panels.

The Congress also consisted of networking breaks and lunch and many opportunities to compare notes with ADR practitioners from around the world. A lovely closing dinner was held in the imposing UNESCO dining room. At the dinner Mirèze Phillippe revealed the exciting new ArbitralWomen website which was supported by the generosity of its sponsors. The new improved website is highly interactive  with greater content.

Legal Skills Professor at the University of Florida