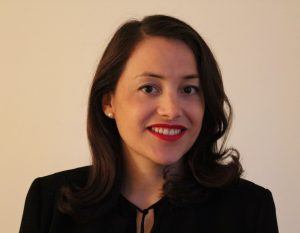 A Breath of Fresh Air with New Management for ArbitralWomen

The Board of Directors of ArbitralWomen, the international non-governmental organisation for the promotion of women in dispute resolution, met on 1 December 2017 in the wake of former President Rashda Rana’s resignation.

Effective immediately, the Board unanimously resolved to appoint as its President Asoid García-Márquez, a national of Mexico who provides in-house legal advice on public international law issues and contractual disputes at an international organisation in Paris, to lead ArbitralWomen with the support of the Board of Directors until the next elections in June 2018.

Over the past almost 25 years, ArbitralWomen has developed a number of programs to assist in the promotion of women involved in arbitration, mediation and other forms of dispute resolution, as well as being a leader in the efforts to educate lawyers and clients alike in recognising and fighting gender bias (often unconscious) in the legal profession. ArbitralWomen members include practising lawyers, arbitrators, experts, academics, in-house counsel and many other women involved in international dispute resolution. With close to 1000 members from approximately 40 countries around the world, the group also assists law students from developing countries competing in international moot competitions and provides mentors for young practitioners. ArbitralWomen also assists in identifying practitioners and arbitrators in dispute resolution, as well as speakers for conferences, from all over the world.

Incoming President Ms García-Márquez previously acted as Secretary and Events Coordinator for ArbitralWomen. She is perfectly suited to take up the role of President. Previously, Ms García-Márquez was an associate in the International Arbitration Practice of White & Case LLP in Paris, where she advised clients on international dispute resolution issues in various industries, with a particular focus on construction disputes. She received her law degree in México at Universidad Panamericana and her Master’s Law in France at Université Paris 2 Pantheon-Assas. She also received an LLM at University College London. She is fluent in Spanish, French and English. She is admitted to the Paris Bar (France) and authorised to practice in Mexico. She also lectures at ESSEC Business School and Université Paris-Ouest Nanterre-La Défense (Paris X). Ms Garcia-Marquez commented that she is “honoured to have the trust of the Board in leading the organisation, as it enters its 25th year.”

“I am delighted at the appointment of Asoid García-Márquez as President. She is a great choice to lead our organisation at this time. Her enthusiasm and dedication to all that ArbitralWomen stands for are an inspiration to us all. Since joining the Board last year, I have been impressed by her unfailing ability to juggle her professional commitments with her role on the Board and the dynamism and fresh perspective she brings. I have no doubt that under her lead, and with the continuing support of the Board, ArbitralWomen membership will continue to thrive, in particular amongst younger practitioners. I look forward to this new chapter for our organisation and for women in dispute resolution everywhere.”

Information about ArbitralWomen’s activities can be found on its website, aw3.devindc.com, and in its newsletters available here.