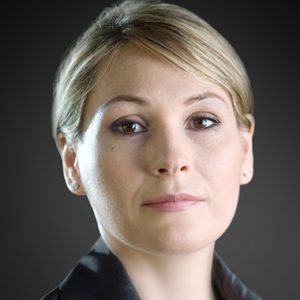 Experience
Ana has extensive experience in the fields of energy, arbitration, international law, banking, environmental law and climate change law having worked as a lawyer and banker for over two decades across government and major US and UK law firms. She has advised states, leading companies, international organisations and financial institutions including on high-level strategic and geo-political questions.

Other Information
To date Ana has acted as counsel in numerous large international commercial arbitrations, including gas price review arbitrations and investment treaty arbitrations. She has also advised on inter-state disputes including with respect to breaches of EU law and maritime border disputes. She has appeared before the Court of Justice of the European Union on two occasions.

She gave expert evidence before the European Parliament on the international law implications of proposed amendment to the EU energy law in 2018.

She has been appointed as a co-arbitrator in two arbitrations pursuant to ICC and SCC arbitration rules.

Ana has been teaching international commercial and treaty arbitration for over a decade at leading UK and US universities. At present she is a Honorary Lecturer at the University of Dundee (UK), Technische Universität (Germany) and UIEB (China).

She is listed as an arbitrator by CIETAC, VIAC, GIAC, Croatian Chamber of Commerce and Slovenian arbitration centre. Ana was appointed as a Member of the Permanent Court of Arbitrators in The Hague by the Republic of Slovenia in 2019.

Ana is multi-lingual and has worked in many countries in the world including in the CIS countries, China, South East Europe, the Middle East and Nigeria.